The concentrations of three main greenhouse gases – carbon dioxide (CO2), methane and nitrous oxide – reached record highs last year and continued to increase in 2022, causing temperatures to rise, while the last 8 years are likely to be the warmest recorded, according to the World Meteorological Organization’s (WMO) latest State of the Global Climate in 2022 report.

The United Nations agency WMO’s report, released on the eve of the COP 27 climate summit that got underway in Sharm el-Sheikh, Egypt, earlier this week, said that the global mean temperature in 2022 till the end of September was 1.15 degrees Celsius above the pre-industrial average.

“In 2021, concentrations of three main greenhouse gases (GHG) – carbon dioxide, methane and nitrous oxide – reached record highs. The annual concentration in methane was the highest on record. The impact of the increased concentration of GHG in the atmosphere is first and foremost on global temperatures”, the report said.

According to the WMO, ocean heat was at record levels in 2021 with the warming rate particularly high in the past 20 years. “The tell-tale signs and impacts of climate change are becoming more dramatic”, the WMO said.

The rate of sea level rise has doubled since 1993. It has risen by nearly 10 millimetres (mm) since January 2020 to a new record high this year. The past two and a half years alone account for 10 percent of the overall rise in sea level.

The report noted that 2022 witnessed an exceptionally heavy toll on glaciers in the European Alps, with initial indications of record-shattering melt. The Greenland ice sheet lost mass for the 26th consecutive year and it rained (rather than snowed) there for the first time in September.

The report pointed to the series of recent extreme climate events, including record-breaking heatwaves in China and Europe, cyclones in southern Africa, ongoing drought in east Africa and extensive flooding in Pakistan. The latter two have affected an estimated 52 million people.

“These changes to the global climate are undermining the global ability to achieve sustainable development”, the WMO said.

“The greater the warming, the worse the impacts. We have such high levels of carbon dioxide in the atmosphere now that the lower 1.5 degrees Celsius of the Paris Agreement is barely within reach”, said WMO Secretary-General Petteri Taalas.

“It’s already too late for many glaciers and the melting will continue for hundreds if not thousands of years, with major implications for water security. The rate of sea level rise has doubled in the past 30 years. Although we still measure this in terms of millimetres per year, it adds up to half to one meter per century and that is a long-term and major threat to many millions of coastal dwellers and low-lying states”, he added.

The UN Secretary-General will unveil an Action Plan at COP27 to achieve Early Warnings for All in the next five years and has asked the WMO to organise the initiative. Currently, half the countries in the world lack these Early Warnings.

The WMO State of the Global Climate report is produced annually. It provides an authoritative voice on the current state of the climate using key climate indicators and reporting on extreme events and their impacts.

The temperature figures used in the provisional 2022 report are until the end of September, while the final version will be issued in April 2023. 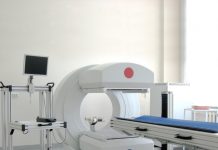 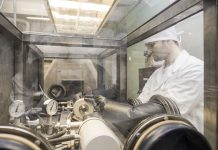