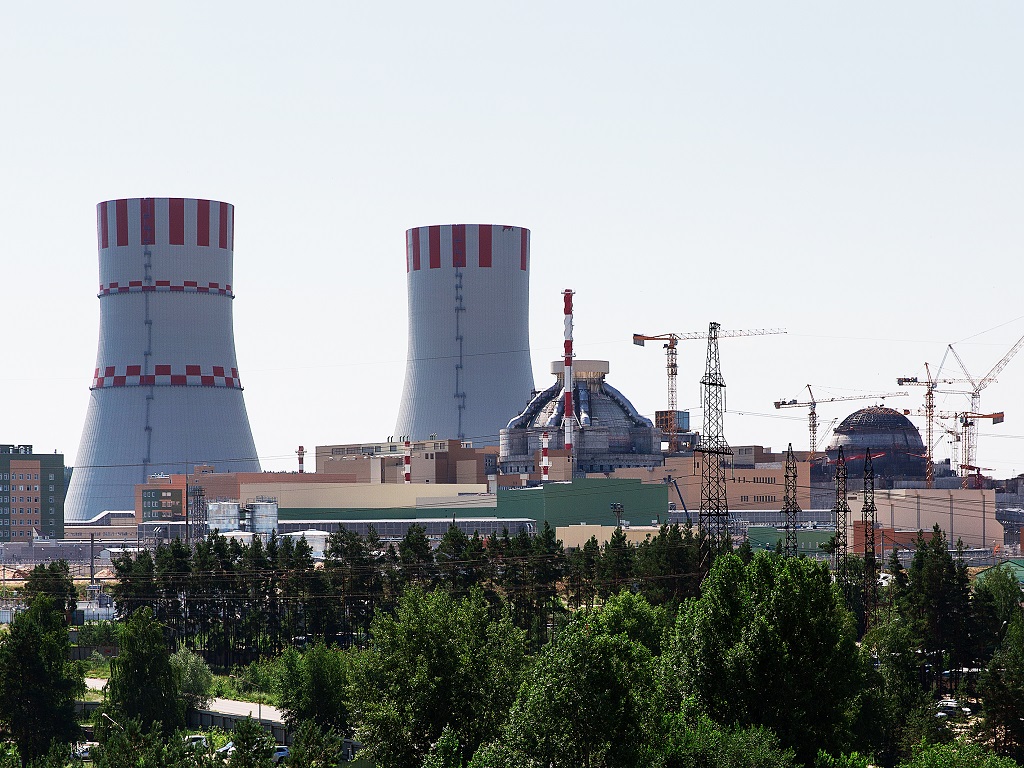 Apart from setting a new template for trilateral partnership in the arena of international nuclear cooperation, the Rooppur Nuclear Power Plant is also giving a platform to Indian nuclear industry players to keep their order book rolling. Many Indian infrastructure majors are taking part in the construction of the Bangladesh’s maiden nuclear power plant.

While the critical technology, like the core of the nuclear reactor, will be supplied by Russia, over 70 tenders have been issued for ‘non-critical’ works that Indian industries are competing for. According to the sources, Indian infrastructure majors like Larsen and Toubro (L&T), Tata Group and Shapoorji Pallonji Group, the Anil-Ambani-led Reliance Infrastructure are in the fray along with industries from China, Japan and Korea.

In fact, the first Indian company to bag a contract in the Rooppur Nuclear Plant’s construction is Hindustan Construction Company. HCC has bagged the USD 110-million contract for civil works at Rooppur NPP in a joint venture with Bangladesh-based MAX Group, where the Indian company holds 40 per cent share. “Indeed the Bangladeshi, Indian and Russian agencies have struck an agreement on international cooperation. I am pleased to say that we are not just implementing the inter-governmental agreement, but we are already seen result in bidding process for the machine hall for the power unit 1 for RNPP. From the Indian side this is private company Hindustan Construction Company,” a Rosatom official told Nuclear Asia.

HCC has also worked in the construction of so far India’s largest nuclear power plant in Kudankulam, Tamil Nadu that has been built with Russian design. HCC has worked on building the Sea Water intake at Kudankulam. The Indian companies have been able to participate in construction and installation work; and supply of non-critical materials and equipment for the project under the trilateral agreement signed between India, Russia and Bangladesh in March 2018. Apart from training Bangladesh personnel in operating the nuclear reactor, India has joined the project as sub-contractor.

Construction of the Rooppur Nuclear Power Plant began in 2017 when Prime Minister Sheikh Hasina poured the first concrete of the first unit. Primary phase of the first unit’s construction is complete and commercial launch of the unit, powered by a VVER-1200 nuclear reactor, which belongs to the latest 3+ generation is scheduled for 2023.

Watcher of Indian Nuclear industry are buoyant at the prospects of the experience that this project will bring. “It is a great experience for Indian workmen, technicians and engineers. This experience will be valuable when erecting not only the PHWRs (Pressurised Heavy Water Reactors planned in India) but also the giant foreign plants coming up,” Dr. Mohan Guruswamy, Chairman, Centre for Policy Alternatives, New Delhi told Nuclear Asia.

“It will be a lasting testimony to not just the resilience of Indo-Bangla ties but also the confidence in Indian technology. It is a big first and the harbinger of a new expansion in our project exports,” Dr. Guruswamy added.

Assistant Professor in the School of Liberal Studies at Pandit Deendayal Petroleum University, Gandhinagar (Gujarat), Dr. Sitakanta Mishra concurs with Dr. Guruswamy and sees this project as mutually beneficial for both India and Bangladesh. “Certainly the Indian private companies would get hands-on experience by participating in the development of nuclear industry in the neighbourhood. This would, first, strengthen India’s credentials for NSG membership; and second, generate goodwill for India from neighbours. India cannot and should not ignore the nuclear energy projects in its neighbourhood when it has much to offer and get benefited in return,” Dr. Mishra said.

With both Bangladesh and India looking forward to general elections, any change in the executive heads of the government is unlikely to change the trajectory of the cooperation between the two countries as far as the field of nuclear power is concerned.

“Nuclear policy of India marks a unique consistency irrespective of change in political leadership in the country. Even though the Roopur Nuclear power plant has been the flagship project for cooperation between Narendra Modi and Sheikh Hasina governments in respective countries and elections are round the corner, critical nuclear policy issues in India have always remained above political gimmicks,” Dr. Mishra said while adding: “Visibly, all political factions in the country are unanimous on nuclear energy, nuclear weapons and nuclear nonproliferation issues. Whichever party comes to power in both countries, the nuclear cooperation between India and Bangladesh will stand the test of time as it is purely based on energy security concerns and neighbourly goodwill.”