World Soil Day is celebrated on December 5, and with this year’s theme being “Halt Soil Salinisation, Boost Soil Productivity”, the International Atomic Energy Agency (IAEA) said that the IAEA, in collaboration with the UN Food and Agricultural Organisation (FAO), is working in countries that lose land to salinity on developing climate-smart agricultural practices to mitigate soil salinity and preserve agricultural land.

An IAEA statement earlier this month said approximately 2,000 hectares per day of irrigated land in arid and semi-arid areas across 75 countries have been degraded by salinisation over the past 20 years. Salinity is not only confined to arid and semi-arid regions. The most vulnerable regions include basins of the Aral Sea in Central Asia, the Indo-Gangetic plains, the Indus in Pakistan, the Yellow River in China, the Euphrates in Syria and Iraq, the Murray-Darling in Australia and the San Joaquin Valley in the United States.

“Due to poor farming practices, climate change, sea water intrusion, land use changes and water seepage from dams, we are losing this precious natural resource at an alarming rate. Isotopic techniques are used in many countries to study the extent and causes of soil degradation, arming decisionmakers with the right data to protect it”, the statement said.

According to the FAO, to avoid food shortages and meet increasing demand for a growing global population, estimated to rise to almost ten billion by 2050, agricultural production must increase by 60 percent globally and by 100 percent in some developing countries.

The Joint FAO/IAEA Centre of Nuclear Techniques in Food and Agriculture has worked closely with institutions in 60 countries to find sustainable solutions for combating soil salinisation. The Centre helps build capacity in a wide range of isotopic techniques to increase nutrient and water use efficiencies in the face of growing soil salinity and increase biological nitrogen (N) fixation through the capture of atmospheric nitrogen (N2) and carbon (C) stored in salt-affected soils, the statement added.

The centre has trained 60 researchers from ten countries between 2014-2019 in soil, nutrient and water management to combat soil salinity. “An open access book was published, containing protocols for salinity assessment, explaining the role of isotopic and other nuclear-related techniques to develop mitigation and adaptation measures for the sustainable usage of saline soils, including soils with high sodium content” the IAEA said.

“By applying some of the best practices described in the book, experts in several countries have successfully grown crops with significant yields under saline conditions. These include millet in Lebanon, barley and safflower in Jordan and Kuwait, okra in Syria and quinoa in the United Arab Emirates”, it added.

Experts from participating countries are exchanging data, technical information, agronomic practices and seeds for salt-tolerant crops to support each other.

The IAEA provided a case study of Pakistan where over a quarter of the agricultural land is affected by salinity. The country’s experts, in collaboration with the IAEA and the FAO, have developed different mitigation options to address this problem. These include the application of gypsum or acids to remove salts from the soil, applying animal manure and chemical fertilisers to build up soil fertility,  using salt-tolerant crops, scrapping salts from surface soil and removing them through good irrigation water.

According to the IAEA, excess fertiliser not taken up by plants contributes to increased soil salinity, and applying just the right amount of fertiliser is key. Scientists use nitrogen-15 (15N), a stable isotope of N, which helps to determine the exact amount of N that crops need.

“Thanks to the collaboration with the IAEA, the problem of salinity in Pakistan was addressed by applying bio-saline agriculture technology which transformed the white face of our land into green,” said Wajid Ishaque, Principal Scientist at the Nuclear Institute for Agriculture and Biology (NIAB) in Pakistan.

Nuclear techniques are also used in measuring the moisture content of the soil, so that the right amount of irrigation can be applied at the time the plants need it most. While conventional moisture sensors do not work properly under saline conditions, the soil moisture neutron probe functions well and is the most suitable sensor. 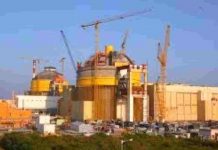 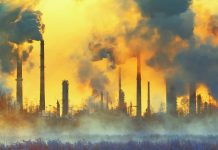 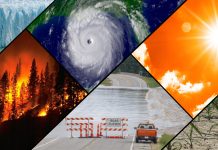