Commercial production of nuclear energy in the world has completed 65 years. For India the share of nuclear in the total energy matrix has remained around 3 per cent. The main reason for the low share has been the low installed capacity base and experts feel that the Indian nuclear programme is poised to pick up pace soon. In fact, India, along with China, would be the main driver for the expansion of nuclear energy generation in the world.

The Indian Connection of Obninsk

First Prime Minister of India Jawaharlal Nehru, who emphasized heavily on the development of science and technology in India, visited the Obninsk nuclear power plant in 1955. He was accompanied by his daughter, who later on became the first woman prime minister of India. Recalling the historical visit, Soviet physicist Dmitri Blokhintsev (1908-1979) said: “That was my first experience with a diplomatic reception…. Nehru asked the reason for using just ordinary water in our reactor, whereas Homi Bhabha was going to use heavy water (which is very expensive) in the Indian project. So, I had to go into technical details in my explanations.”

This was the time when India-Russia partnership was beginning to take off. Today, Russia is one of the biggest partners of India in the nuclear energy sector. Incidentally, Rosatom is the technological partner to India for the Kudankulam Nuclear Power Plant and to Bangladesh for the Rooppur Nuclear Power Plant. The company is helping many countries in taking their first steps towards the nuclear energy, which is the inexhaustible source of clean energy.

Before his departure Nehru left a note that hinted at the future of India. “I am glad to have the opportunity of familiarizing with your plant, and I am full of enthusiasm: this gave me a chance to see the future, which is opening before us,” India’s first prime minister said in the note.

India’s march to a nuclear future

The Union budget presented in the Indian Parliament for 2016-17 made the following reference to nuclear energy: “In the power sector, we need to diversify the sources of power generation for long term stability. Government is drawing up a comprehensive plan, spanning next 15 to 20 years, to augment the investment in nuclear power generation. Budgetary allocation up to Rs 3,000 crore per annum, together with public sector investments, will be leveraged to facilitate the required investment for this purpose.”

Nuclear Energy experts are taking hope from India’s commitment to nuclear energy. “India’s commitment to nuclear energy is serious. Nuclear Energy finds a place in the larger energy strategy of the country, it appears that India will be one of the countries from Asia driving/ leading the growth of Nuclear energy especially when its growth is becoming stagnant or declining in the other parts of the world,” Hina Pandey, a research analyst on nuclear issues and is working with Centre for Air Power Studies as an associate fellow. For the year 2017-18, the share of atomic energy in overall electricity generation in the country was about 2.93 per cent. India is aiming to increase the nuclear energy component of its total capacity to 25 per cent by 2050.

Indian nuclear energy development programme had suffered due to the international embargo regime that persisted from 1974 to 2008. Also, the country was facing financial crunch. These constraints have now been overcome and the country’s nuclear power programme is poised for rapid expansion. “India has embarked on an ambitious nuclear energy expansion program relying on both domestic resources and indigenous expertise and with the help from its international partners. During the last two years India’s nuclear energy production has shown a sign of increase. India’s program is poised to pick up pace soon. There is no looking back,” said Dr. Sitakanta Mishra. He teaches at the Pandit Deendayal Petroleum Unviersity (PDPU), Gujarat. He has authored several books on Indian nuclear policy. “India along with China is the leading country in Asia whose nuclear energy program is unaffected by the prevailing negative perception post-Fukushima,” Dr. Mishra added.

With burgeoning economy and a rapidly expanding middle class, the demand for energy is expected to be doubled by 2020. Keeping this in mind, the Modi government had tasked the Department of Atomic Energy (DAE) to triple the nuclear capacity to 17 GWe by 2024. The difficult job is to maintain the commercial viability and competitiveness of nuclear energy. The government’s ambitious plan also called for an investment of more than USD 100 billion in nuclear energy sector in the next quarter of the century.

India’s Prime Minister Narendra Modi had announced the ambition of augmenting the country’s nuclear power capacity by 63,000 MW by 2031-32. However, the government apprised the Lok Sabha in 2018 that it has cut down the target by two-thirds and now the added capacity would be 22, 480 MW. It is a figure that is worrisome to the Indian policy makers as an energy-starved India relies on coal for two-thirds of its energy requirement and as per World Bank figure, 400 million Indians remain without electricity.

The reality check means that the nascent domestic nuclear energy infrastructure is unequipped to deal with the increased demand. The challenges faced by the Indian Nuclear industry are the lack of funding, a reliable supply chain that can handle a huge increase in orders, and a trained workforce to build and operate the plants at the planned level of activity.

In sync with its nuclear energy expansion programme, the Indian government has during the last three years given administrative approval and financial sanction for construction of 12 nuclear power reactors, out of which ten 700 MW Pressurised Heavy Water Reactors (PHWRs) will be manufactured indigenously and installed in fleet mode; and the remaining two would be Light Water Reactors (LWRs) to be set up in cooperation with Russian Federation to enhance nuclear power capacity in the country.

Moving together towards a nuclear future

To pursue its goal India intends to make the most of its partnership with other countries. Prime Minister Modi secured partnership with Japan during the visit of Japanese Prime Minister Shinzo Abe. Australia also inked an agreement with India for the supply of Uranium. India has inked 15 civil nuclear agreements since the time Indo-US civil nuclear deal ended the sanction regime against it.

Watchers of the Indian nuclear industry see the Indo-US nuclear deal as the catalyst for reinvigorating the sector in India. But, Dr. Mishra adds: “Unfortunately Indo-US nuclear cooperation has not moved forward. Whereas India-Russia nuclear cooperation has scaled new heights. It bound to mature in the years ahead. As India-Russia relationships is based on mutual respect and trust, their trading relationship will go a long way and could be a model to emulate by others.”

Many countries – like the US, France and Russia have signed agreements to set up nuclear power plants in India. Russia, in fact, has helped India to foray into nuclear energy market as a supplier and manufacturer of key components under a tripartite collaboration of both the countries with Bangladesh.

The French Areva and the American Westinghouse had announced huge projects in India, after years of delay caused by economic meltdown, the two companies have managed to give some direction to the negotiations with their Indian counterparts. Most of the developed countries are cutting down on the generation of atomic power. But experts are cautioning against the under-utilisation of the potential of nuclear energy can be counter-productive against dealing with climate change.

Talking about the progress made by nuclear power in the world, Rosatom’s CEO Alexey Likhachev said: “Looking back on the last 65 years, the evolution of nuclear technology has made it safer, more reliable and more efficient than ever. Since 1954, our whole industry has learnt many lessons and has implemented so many safeguards, best practices and has adopted such high standards, that a world without nuclear power is now unthinkable. Now, in the year 2019, we are proud to be able to offer our state-of-the-art generation 3+ VVER-1200 nuclear reactor where power output is bigger than ever and safety has been further enhanced.”

Evolutionary model of VVER technology, the VVER-1200 reactor has some advantages over its predecessor VVER-1000 like the capacity increased by 7%, number of required operational staff required reduced by 30-40%. The VVER-1200 is considered to be the safest reactor in the world today and it completely fulfills all the safety requirements set by International Atomic Energy Agency (IAEA).

Hina Pandey sees Indian collaboration with Russia increasing over a period of time as both the countries share a common vision with respect to nuclear energy as is evident from the Action Plan for Prioritisation and Implementation of Cooperation Areas in the Nuclear Field signed last year. “We see more reactor’s coming online in the next decade with Russia partnership. All this seem to be aligned to the vision of both the countries share relating nuclear energy. Additionally, India and Russia are collaborating elsewhere (Bangladesh) on nuclear energy. There remains no doubt the civilian – nuclear partnership with Russia would likely to grow in future if all goes well,” Pandey told Nuclear Asia. 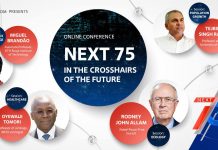