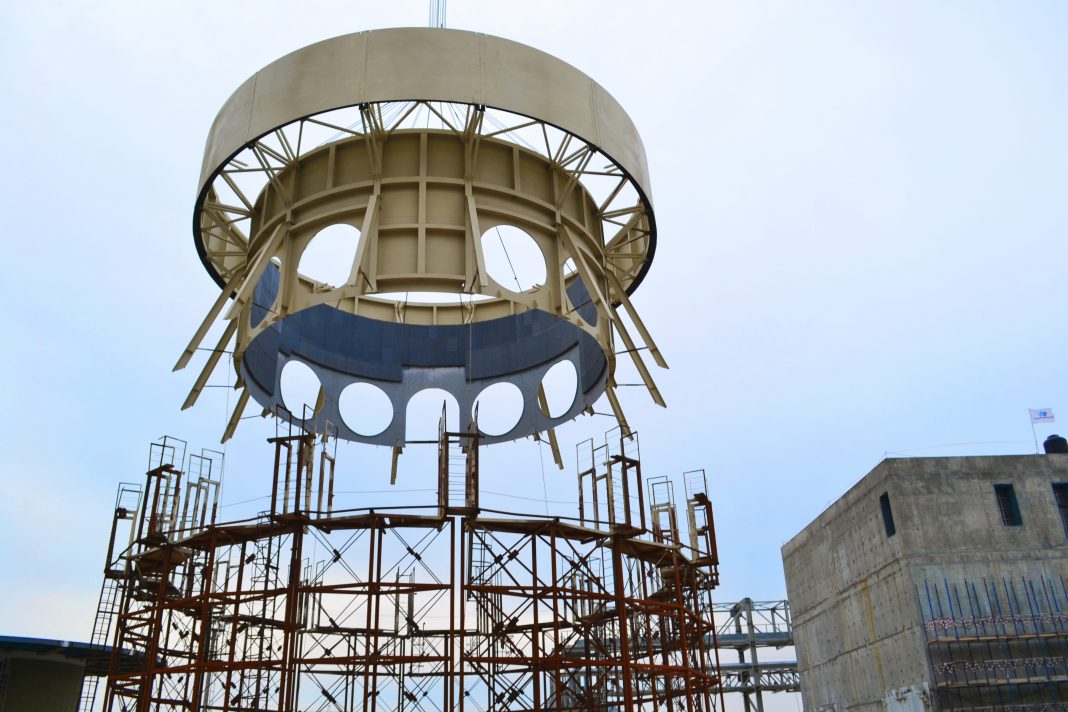 Excavation is going to begin soon for the Nuclear Power Plant Project in Gorakhpur, Haryana with the Atomic Energy Regulatory Board (AERB) according excavation clearance for the project. The project is part of slew of nuclear power plants proposed in the North India. The Union government expects the first pouring of concrete in 2019 and start of the commercial operation of the first unit of the reactor in 2024.

“Land required for setting up of the project is acquired and work of preparation of the site is in final stages, namely, development of infrastructure at site and tendering of equipment and components are at various stages,” Dr Singh apprised the Parliamentarians. He said that the excavation work will follow the excavation clearance for the project that has been accorded recently by the AERB.

Sites for nuclear power plants are selected after carrying out extensive studies by specialised national agencies at the siting stage. The sites are recommended after these meet the criteria laid down in the AERB code on Site Evaluation of Nuclear Facilities. The reactors to be set up are designed for possible impacts of natural and man-made events likely at the site to ensure safety of the personnel, public and environment.

The first phase is comprising of Unit-1 (700 MW) and Unit-2 (700 MW) of Gorakhpur Haryana Anu Vidhyut Pariyojna (GHAVP). “The work on the project will start with the First Pour of Concrete (the zero date of start of construction) in the year 2019,” Dr Singh added. He also said that the commencement of commercial operation of the first unit is expected five and a half years after the pouring of the first concrete and for the second unit a year later. The two units will be part of 10 indigenously developed Pressurised Heavy Water Reactors (PHWRs), whose construction was announced by the government last year.

The government has approved a budget of Rs 20,594 crore for setting up GHAVP Unit 1&2 (2X700 MW). The cumulative capital expenditure incurred for the project till December 2017 is Rs 1,031 crore.

Dr. Singh have said from many a platforms that the Ministry was keen to bring Nuclear Power Plants to the north, so that the people here can also benefit from the nuclear power. “The project will bring in large investment in the region and thereby resulting in enhanced economic activity providing opportunities to the locals through direct and indirect employment and businesses,” the Minister of State said.

The Nuclear Power Corporation of India Limited (NPCIL) will be pursuing welfare activities in and around its Nuclear Power Plants in four major areas. These welfare activities are essentially identified in consultation with the representatives of local population and state machinery based on their identified needs. The proposal, based on the above, are scrutinised with a multi-tier review and approval by the Board, in accordance with the provisions of the Companies Act, 2013. The four major areas are, support to education, including skill development; health and sanitation; infrastructure development and environmental sustainability.

Under the neighbourhood welfare programmes at GHAVP, some of the key initiatives taken up by NPCIL are support to the meritorious students by way of award of scholarship, pedagogical aids, construction of inter-connecting roads within the area, construction of toilets in schools and public places, including some Panchayats and mid-day meal shelters in the schools. Special efforts were also made based on the need identified by the locals, for construction of cow-sheds and renovation of gaushalas. The welfare programme also focused on providing assistance devices to the specially-abled persons in the area.

The other north Indian states where the Government intends to set up nuclear plants are Bihar, Uttarakhand, Uttar Pradesh and Punjab. The government had identified a site for a nuclear plant in Razauli in Bihar’s Nawada district. But, there has been a delay there due to water shortage. The government has also given in principle approval for site Mahi Banswara in Rajasthan for setting up four reactors of 700 MW each.