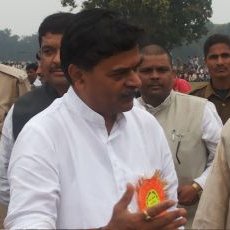 Raj Kumar Singh on Tuesday took charge as the new Union Minister of State of Power and New & Renewable Energy from Piyush Goyal, who headed to the Ministry of Railways.

Speaking to media after assuming his office, Singh assured the dynamism in the both Power & Renewable Energy Ministries will be continued. Singh said that he would meet all standards of performance set by his predecessor. “The Country is now energy surplus and that the vision of the Ministries has been defined by his predecessor,” Singh added.

Outgoing Minister, Goyal said that Singh has always concerned about providing electricity to all homes and under his leadership now the power & New Renewable Energy Ministries will achieve new benchmarks of performance and targets.

Ministry of Power and New & Renewable Energy is an important portfolio for the Indian that expects to have 14.6 GWe nuclear capacity on line by 2024 and 63 GWe by 2032. The country plans to have 25 percent of its electricity from nuclear power by middle of this century.

Nuclear energy is an important component of India’s bid to deal with climate change that has been on triggered by the sharp increase in the carbon emissions since the start of the 20th century. As a signatory to the Paris Agreement on Climate Change at the Conference of Parties (COP) 21 meeting in December 2015 intends to broad-base its low carbon sources of energy. The Indian Government has outlined plans to reduce the carbon emissions by 33-35 percent by 2030 and increase the component of clean energy to 40 percent of the total energy capacity.