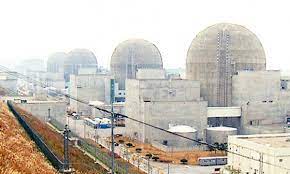 In a reversal of the previous administration’s policy, the South Korean government said last week that it would raise the share of nuclear power generation in the country to at least 30 percent by 2030 and resume construction of the Shin Hanul nuclear power plant (NPP) units 3 and 4.

In a statement on July 5, 2022, the South Korean industry ministry said it plans to increase the contribution of clean nuclear power in the country’s power source mix to 30 percent or more by 2030, from 27.4 percent in 2021.

Simultaneously, the country plans to reduce its reliance on fossil fuel imports from 81.8 percent in 2021 to around 60 percent by 2030, the ministry said.

In May this year, South Korea elected the new and explicitly pro-nuclear President Yoon Suk-yeol, who has vowed to reverse the former President Moon Jae-in’s policy of phasing out nuclear power. President Yoon made a campaign pledge to boost investment in the nuclear industry and revive its status as a key exporter of safe reactors.

“Due to the excessive push on nuclear phase-out, our world’s best nuclear technology has been devastated”, Yoon said in a Facebook post ahead of the election, adding that he wanted to “build a nuclear powerhouse.”

To meet the fresh targets of nuclear energy generation, South Korea is restarting construction on two new reactors at the Shin Hanul

NPP on the country’s east coast. Construction on units 3 and 4 have been stalled since 2017, when former President Moon Jae-in took office.

The work on the new reactors follows “the highest decision-making procedures of the Yoon administration”, South Korea’s energy ministry said in a statement, adding it would investigate how to treat “high-level radioactive waste.”

“For the past five years, we saw a contradictory situation where at home we were seeking to go nuclear-free, but overseas we were pursuing exports of nuclear power plants”, Choi said, referring to the policy of the previous administration under President Moon Jae-in.

“The nuclear industry was practically on the brink of collapse, but now we plan to resume nuclear power exports,” Choi added.

Responding to widespread public concerns after the 2011 Fukushima nuclear accident in Japan, and the high earthquake risk in South Korea, the government of President Moon elected in 2017 decided to gradually phase out nuclear power.

Nuclear power, however, has long been big business in South Korea. The country lacks natural resources and relies heavily on importing its energy supply needs from other countries.

Meanwhile, South Korean utility Korea Hydro & Nuclear Power (KHNP) announced last month that the first unit at its Shin Hanul NPP has attained criticality, or sustained chain reaction, for the first time, signalling the start of operations.  Shin Hanul 1 is South Korea’s 27th reactor, while this NPP’s second unit is expected to be completed by the end of this year.

The Shin Hanul units are each equipped with 1,400 MW capacity APR-1400 reactors, which is a South Korean designed and developed pressurised water reactor (PWR) with a design life of 60 years. It is an evolutionary development of the 995 MW capacity OPR-1000 reactor, featuring improvements in operation, safety, maintenance and affordability.

The KHNP also said that Shin Hanul 1 is the first power reactor in South Korea to achieve technological independence through indigenisation of core facilities, such as the reactor coolant pump and the plant instrumentation and control system.

The APR-1400 design was approved in Europe in 2017, and in the US in 2019. In the first export order for this design, the United Arab Emirates (UAE) has chosen the APR-1400 reactors for its first NPP located at Barakah. The Barakah second unit was connected to the grid in March 2022 and the two units are now supplying a combined power of 2,800 MW to the UAE grid. Four reactors are planned to be installed at the Barakah plant.