Chidambaram, who currently holds Department of Atomic Energy’s Homi Bhabha Chair and is a former Principal Scientific Advisor to the Indian government, was at Kalpakkam, about 70 km from here, as the Chief Guest for the founding day celebrations of India’s second largest nuclear research and development unit, the Indira Gandhi Centre for Atomic Research (IGCAR).

The IGCAR was formed on April 30, 1971 by an executive order by Vikram Sarabhai, the then Chairman, Atomic Energy Commission. The event also coincides with Sarabhai’s birth centenary.

According to IGCAR, the unit was set up with the main objective of conducting broad based multidisciplinary programme of scientific research and advanced engineering, directed towards the development of sodium-cooled fast breeder reactor technology in India.

According to IGCAR, the Fast Reactor Fuel Cycle Facility (FRFCF) is also in advanced stage of construction. 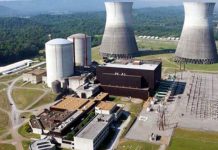