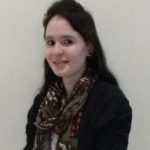 The Rooppur Nuclear Power Plant is Bangladesh’s first nuclear power project after a long portfolio of negotiations and the country has become the third South Asian nation to harness nuclear energy after India and Pakistan. After almost five decades of long wait, finally, the construction of the two units of the nuclear plant with a power capacity of 1200 MW each is going to commence.

Nuclear scientists from Bangladesh are undergoing training at Kundakulam power plant in India, which was also built with Russian assistance. This decision of the Bangladesh government to train their nuclear scientists with the complicated technology and gain experience on the working of nuclear reactor design from Russia called AES-92, which is the safest and most advanced, in India is economically beneficial without any language barriers. This would help Bangladesh in achieving sustainable development using nuclear science safely.

However, the opinion of many scholars on the Rooppur Nuclear Power Project is negative due to several security concerns especially terrorism and cyber threats. As Bangladesh is a signatory of Non-Proliferation Treaty (NPT), it has a sound safeguards agreement with International Atomic Energy Agency (IAEA) in place. It follows the best practices of handling nuclear technology along with additional protocol and such problems could be mitigated accordingly.

Retired nuclear scientist of Bangladesh Abdul Matin had raised a crucial question on the quoted price of the nuclear plant. He explained that though the equipment cost is same at any place, the material and labour costs vary from place to place. According to his calculation, the cost of the nuclear plant in Bangladesh has to be cheaper than the quoted price because the material and labour costs in Bangladesh are relatively cheaper. He claimed that the negotiation took place in an unusual hurry without hiring an independent consultant and without the assistance of local experts, who had experience of similar negotiations in the field. Thus, he recommended a renegotiation of the contract with a high-level diplomatic effort.

But, he did not take cognizance of the previously failed attempts of Bangladesh in executing nuclear energy deal with other countries. Earlier in 2005, Bangladesh signed nuclear power cooperation pact with China and also adopted a ‘National Nuclear Power Action Plan’. However, it could not get much out of the agreement. Now Bangladesh has availed an opportunity to improve its nuclear technology; and it must gather all its strength and educate the citizens about Nuclear Science by establishing educational institutions with capable faculty. The action plan should include robust disaster risk reduction with proper infrastructure and public awareness.

Only such attitude and effort will help Bangladesh to meet its goal of becoming a middle-income country by 2021. If not that, atleast to some extent by 2023 when the Rooppur nuclear plant would become operational as the Bangladesh’s development strategy emphasizes more on energy security. In its final draft report ‘Perspective Plan of Bangladesh 2010-2021: Making Vision 2021 A Reality’, it was clearly stated that ‘energy sector will be one of the critical elements for realizing Perspective Plan’s vision’. The plan aims to integrate and develop energy sector which is meant to be a key driver of sustainable economic development and thus nuclear energy would give a cleaner and safer option.

Rooppur Power Plant will give impetus to BIMSTEC

The Rooppur nuclear power plant is the first initiative under Indo-Russia collaboration and also India’s first foreign nuclear power project. This curious development is not only about India being an exporter of nuclear technology, it is beyond it. Besides South Asian Association for Regional Cooperation (SAARC), both Bangladesh and Sri Lanka are also India’s partners in Bay of Bengal Multi-Sectoral Technical and Economic Cooperation (BIMSTEC). The Indian Government is streamlining its diplomacy to strengthen BIMSTEC especially to contain China-Pakistan cooperation in Asia and growing Chinese existence in South Asia and Southeast Asia (through its One Belt One Road initiative).

The Indian initiative of aiding the construction of a nuclear plant in Bangladesh would directly or indirectly strengthen the regional forum. The regional forum is already exploring the opportunities of ‘Grid Interconnection’ and will turn to light shortly by signing a MoU in the upcoming 3rd BIMSTEC Energy Ministers’ Meeting. In this scenario, initiatives like these are definitely a positive sign for deeper cooperation and strengthening ties.

The scope for both public diplomacy and track-1 diplomacy is high and India is on the right direction to capture all the possible opportunities to strengthen itself as an emerging power, which would, in turn, provide massive opportunities in the future to cement itself as the exporter of nuclear technology and services.

The experience and project model in Bangladesh can serve as a template for nuclear energy cooperation in Sri Lanka. India is the largest trading partner of Sri Lanka and both are keen to upgrade their Free Trade Agreement (FTA) into a new trade agreement called ‘The Economy and Technology Cooperation Agreement’ (ETCA). Along with this development, Sri Lanka has also signed a nuclear pact with India in 2015, which was its first nuclear cooperation effort with any country. In this milieu, we could expect deeper commercial ties between them. This would leverage the potential of Indian nuclear technology exports in future.

It is a great platform for India and Russia to implement their ‘Strategic Vision for Strengthening Cooperation in Peaceful Use of Atomic Energy’, where the two states agreed to collaborate in developing a nuclear plant in the third party country. This will increase the frequency of their engagement in nuclear technology issues and provide a space to enhance the scope of developing new projects in other countries as well.

India must congregate its diplomatic machinery and technological prowess and potential in order to capture the opportunities and prove itself as a master in the peaceful use of nuclear energy. This could also enhance the chance of India getting into Nuclear Suppliers Group (NSG) in the near future.

(Tejaswi V.L. DeeptiMahanti is a Ph.D candidate at Center for International Politics, Organization and Disarmament, Jawaharlal Nehru University. She has completed her Masters in Political Science and completed her M.Phil with specialization in diplomacy and disarmament. Presently working on Nuclear Non-Proliferation Treaty (NPT) and related strategic issues.)