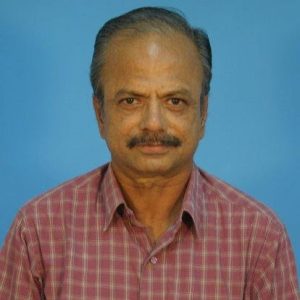 Nuclear technology in a common person’s understanding is synonymous with nuclear power generation. But it is useful in myriad fields including health. Former Scientist at the Indira Gandhi Centre for Atomic Research and present faculty at the University of Petroleum and Energy Studies (UPES), Dehradun, Dr. Shivaramu spells out the minutiae details of India’s nuclear power generation sector.

Dr. Shivaramu’s core specialisation is in reactor technology but he also worked on nuclear data, radiation technology and in raising public awareness about nuclear energy. In a conversation with the Nuclear Asia the nuclear expert touches on technological aspects of nuclear power reactors.

– How does radiation technology works in the area of health?

Secondly, suppose you want to know the size of the thyroid, how is it functioning. You inject the radiation through the external detector and through imaging which will give you the result to know the health of the thyroid inflicted organ. Majority of the problems of heart, liver, kidney etc can be solved by treatment through nuclear energy.

– Both in France and India, light water reactors (LWR) are most useful. LWR comes into play when we use uranium 235 to generate energy. If I put a neutron, it will split into two or three parts and it will emit energy radiation, as per the Einstein equation E= mc2. In the Indian context, we have about 22 reactors, out of which 18 of them are Pressurised Heavy Water Reactor (PHWR), two are boiling water reactors and the remaining are imported for Kudankulam which are light water reactors.

We have limited uranium resources but we have the third largest deposits of thorium. Thorium cannot be used in the reactor directly since it is available as a fertile material i.e. thorium 232. That should be converted to fissile material. So is the case with the domestically available uranium. An estimated 99.3 per cent uranium cannot be used in reactor directly. Only point seven per cent is reactor ready. The 18 reactors that we are running are by using natural uranium and the heavy water is acting as a coolant.

So for India the best option available is to irradiate the available 99.3 per cent inside the reactor which will then convert into plutonium 238 which can be used directly used like uranium 235. So, because of the limited resources weightage is ascertained to reactor based on breeder technology which can give much higher output.

– How has the Pressurised Heavy Water Reactor (PHWR) served the Indian purpose for so long?

– What are the basic difference between Pressurised Heavy Water Reactor (PHWR) and Fast Breeder Reactor (FBR)?

– If you talk from the angle of capital investment, then nuclear power projects are capital intensive. In the long run it is more economical to produce power from nuclear than from thermal because to produce 1000 MW of power it requires four wagons of coal on a daily basis whereas to produce the same quantum of energy the reactor fuel required is in kilograms. So now you can calculate the difference. Also in the long run the maintenance of a NPP is much lower than a coal fired power plant. All these together contribute to lower cost of production.

– What do you think of the contribution of nuclear energy to India in the coming decade where the present share is a dismal three per cent of the overall energy matrix of India?

– Yes that is a worrisome state of affairs. When we talk about percentage, energy gained through solar and wind have been given preference over nuclear. You see, solar has overtaken us. If you take the absolute numbers then off course we can produce so many megawatts, for example it may reach another 20,000 MWs. Even if we fulfil all agreements with companies like Areva, GE and Westinghouse, the problem of fuel looms large on us. Thankfully some countries like Australia has agreed to supply us the uranium. In that way breeder reactor is the solution for us in the long run.